<< Names
When in 1414 by Henry V described his new summerhouse and water garden at Kenilworth Castle, Warwickshire, he called it 'Le Pleasaunz en Marys', meaning the pleasure house on the water; so the parallels with the Well Hall Pleasaunce are two-fold; a house surrounded by water and the Tudors. 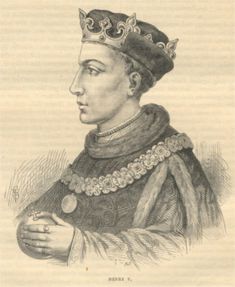 Henry V built the pleasure ground 'Pleasaunce in the Marsh' when he found the castle too public and noisy for his liking. The Pleasaunce was at the other end of a lake and had to be visited by boat; it comprised a summerhouse and water-garden.The Pleasaunce was maintained by Henry VI and Edward IV but was demolished and re-erected within the castle by Henry VIII.

Humphrey Duke of Gloucester, Henry V's brother and Regent during the minority of Henry VI, obtained manorial rights in Greenwich, realising its defensive positional importance and in 1428 decided to build himself a palace. After his death, the land was seized by Margaret of Anjou, wife of Henry VI and renamed the Palace of “Pleasaunce” or Placentia.

Further confirmation that the word, in this case 'Pleasance' was common in the Middle Ages comes from the seat of the Lindsays, Edzell Castle in Scotland, the garden of which was created in 1604.

In Overstrand in Norfolk, there is a stately home, now a Christian holiday home, called 'The Pleasaunce', built in the 1880s by Edward Lutyens for Cyril Flower, one of the brewing family. The gardens were designed by Gertrude Jeckyll

More on The Pleasaunce in Norfolk

The Flowers was later to become Lord and Lady Battersea and a fellow lordship, Lord Morley, wrote to them suggesting a definition. 'A Pleasaunce is a medieval word meaning a garden with open walkways where ladies and gentlemen may take the airs'.

By the 1930s, when the Pleasaunce in Well Hall was opened, the dictionary definition was 'a garden, particularly a pleasure garden, secluded by trees, shrubs and hedges'. It is possible that the East Greenwich Pleasaunce was given its name at about the same time as it was in the 1930s that the park was bought by the council from Greenwich Hospital, it previously having been a graveyard.

The Oxford English Dictionary defines the word as follows, explaining that it is derived from the French word 'Plaisance',:
.
1. That which pleases one; pleasure, desire; wish, will.
2. The condition or feeling of being pleased; enjoyment, delight.
3. The action of pleasing someone; agreeable manners or behaviour, courtesy.
4. Pleasure-giving quality; pleasantness. Also, something which causes pleasure; that in which one delights.
5. A secluded enclosure or part of a garden, esp. as attached to a large house, laid out with pleasant walks, trees, garden ornaments, etc.